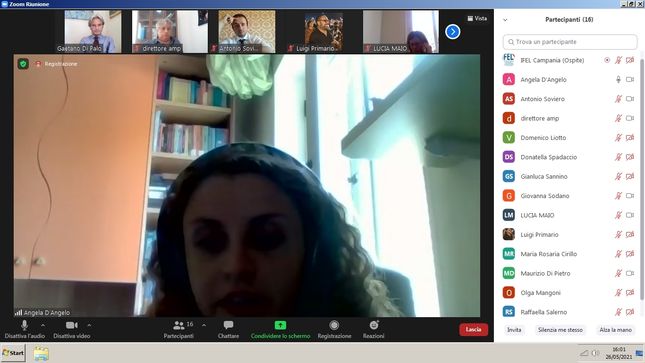 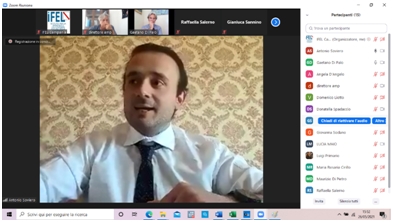 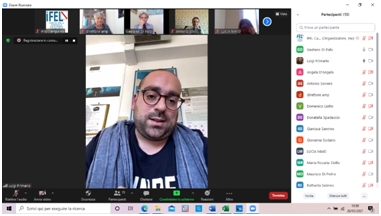 On 26th May 2021, the first Co-creation Workshop for identification of Blue Economy Projects was hosted by Regione Campania.

The online meeting foresaw an audience mainly composed by local public entities and authorities and was meant to inform the public sector of Campania region about the Blue Crowdfunding project aims and expected results and principally to listen to their comments and suggestions on the use of crowdfunding tool in the Blue Economy so to identify possible civic crowdfunding projects.

Thus the project working-group of Regione Campania (Ms. Sciotto, Ms. Maio, Ms. Cotrone, Mr. Di Palo) went on transferring the key elements of the Blue Crowdfunding project in all its aspects, emphasizing the importance of the involvement of local authorities in the process of identifying the problems of the Campania territories and communities and, at the same time, their relevance in contributing to the dissemination of the crowdfunding initiatives that will be undertaken.

Soon afterwards several representatives of the attending local municipalities and marine parks, gave life to an interesting debate concerning the state of the art of Blue Economy in their areas, as well as their experiences in the use of alternative funding instruments such as crowdfunding. Mr. Sannino, of the Municipality of San Sebastiano al Vesuvio shared his successful civic crowdfunding experience in a difficult and deprived district, Ms. Cirillo of Municipality of Portici underlined the importance of the involvement of schools in civic crowdfunding, Mr. Soviero, of the Municipality of Visciano described the difficulties in his area of accessing alternative funding, Mr. Miccio, Manager of the Marine Reserve Punta Campanella pointed out the necessary rigour to be used when evaluating projects dealing with sustainability, Ms. Salerno, of the Internal Revenue Service suggested how the fiscal advantages allowed by Italian Tax Law to donators could be appealing to market crowdfunding campaigns, Mr. Primario, of the Municipality of Procida described several environmental project his island is carrying out using also alternative forms of funding, Ms. D’Angelo, of the Municipality of Ascea declared her willingness to add the crowdfunding tool to the financial policies of her municipality planning. Mr. Di Palo took the floor for  the closing, thanking all attendees for actively participating to the discussion and inviting all of them to the online Quadruple Helix Workshop which will take place on June 9th.