Four entrepreneurs to unlock the blue economy potential in Spain 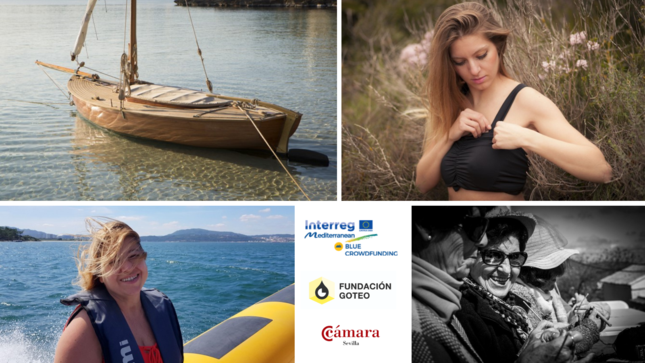 Within the Blue Crowdfunding Interreg MED project (#BlueCrowdMED), the first campaigns are launched in Spain. Meet the participants and find out how the use of crowdfunding can boost blue economy in the Mediterranean region

A journalist, a professional on sustainable tourism, an international trade expert in the construction sector and a ship’s carpenter.

You may wonder what these four people have in common with such a different background. Well, at least we found three things:

Fundación Goteo announced the four entrepreneurs selected in the first Blue Crowdfunding Mediterranean call (#BlueCrowdMED), and they’ve already launched their campaigns. As you might have guessed, they are the four people we mentioned earlier. Coming from such different backgrounds, what solution will each of them bring to face the challenges of the blue economy?

These campaigns are promoted by the Chamber of Commerce of Sevilla and supported by the Interreg MED Project– Blue Crowdfunding-Capacity Building of Blue Economy Stakeholders to Effectively use Crowdfunding project, which aims to unlock the blue economy's potential in the Mediterranean region. More is about to come in Portugal, Croatia, Slovenia, Malta, Greece, Cyprus, and Albania. If you have an innovative solution in the sector of the blue economy, stay tuned!

Below we will tell you a little more about the participants and their projects, but first, let’s clarify what the blue economy is and its potential in the Mediterranean.

What is the blue economy?

All economic activities related to oceans, seas, and coasts are included in the blue economy, whether they occur in the marine environment (e.g. shipping, fisheries, energy generation) or on land (e.g. ports, shipyards, land-based aquaculture, and algae production).

Innovative activities are evolving alongside traditional sectors, such as ocean renewable energy, blue bio-economy and biotechnology, desalination, etc. If the global blue economy were to be compared to a national economy, it would be the seventh-largest in the world.

Many of these activities take place in the world's largest ecosystem: the oceans. They hold 97% of all our water and sustains 80% of all life forms. However, this vastness is deceptive and hides the fragile state of the oceans caused by decades of human overexploitation. The devastating effects on the oceans of climate change, pollution and the decline of biodiversity are challenging the resilience of not just the blue economy, but society as a whole.

The European sustainable blue economy plays a dual position, as it is linked to the European Green Deal and its goals in the areas of decarbonisation, circularity, sustainability, and zero-emission. The blue economy is indispensable to realise those goals. On the one hand, it will bring many solutions to the main challenges of sustainability (renewable energy, plastic-free packaging, low-impact food). On the other hand, the blue sectors themselves will have to significantly reduce their own environmental and climate impact to contribute to the overall objectives.

With 5 million people employed in 2018, the number of jobs in the EU blue economy has increased by 11.6% from the previous year. This growth was primarily driven by the coastal tourism industry. Also, the jobs in the offshore wind energy sector have multiplied ninefold in less than ten years.

Renewing and promoting the blue economy is a great challenge and an excellent opportunity for the Mediterranean region. The sectors of the blue economy are vital components of the regional economy and provide significant innovation and wealth potential. With 46,000 km of coastline and unique marine and fish resources, the Mediterranean region hosts a Blue Economy with a total value estimated at €4.7 trillion. This figure could be doubled or tripled by 2030, as the Mediterranean Sea is one of the most promising sectors in growth and employability.

Crowdfunding is a funding tool that can play a key role in financing SMEs seeking to develop initiatives to improve sustainability. In the framework of the Blue Economy, it can bridge the financial gap between innovative ideas and their market application.

As crowdfunding allows engaging citizens in economic initiatives that enable a shift to a more sustainable economy, its power goes far beyond.

Mainstreaming the crowdfunding, blue-economy SMEs will get better access to funding, and innovation capacities in the blue growth sector will be improved. So, this will contribute to deploying European solutions to reduce marine pollution, including plastics, mitigation of climate change in the ocean, sustainable use and management of ocean resources, development of new materials including biodegradable plastic substitutes, new feed and food systems.

The four participants from Spain will try to achieve the needed funding to finance their innovative and sustainable projects. Their first fundraising campaign will last until July 3rd.

All information about these projects and how to support them is available on the Goteo platform.

From Blue Crowdfunding, we will provide expert support to all the #BlueCrowdMED campaigns so that their projects obtain the greatest success and their results are beneficial for the Mediterranean region. 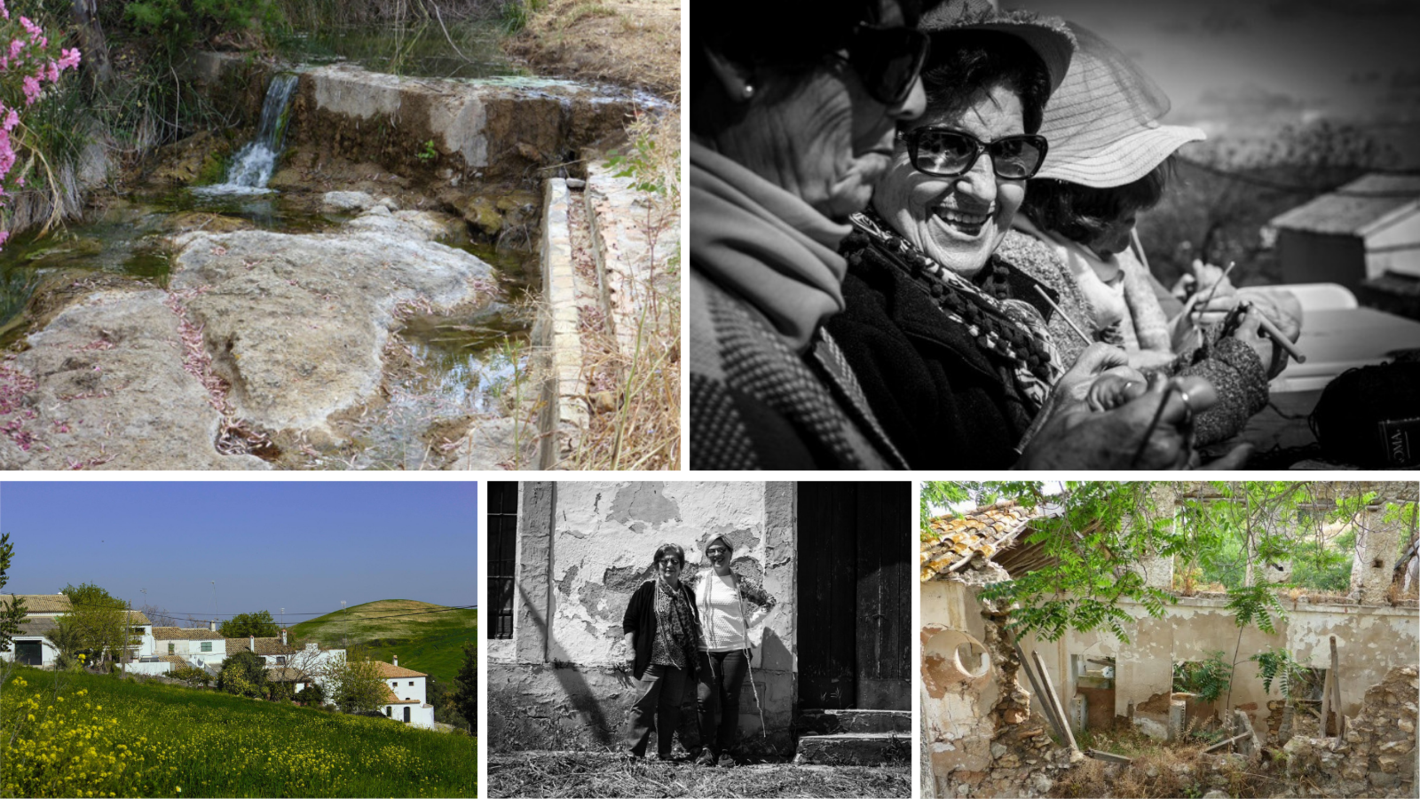 Would you help us rescue the old Pozo Amargo medicinal water spa? Then join Maria Cristina’s proposal, an expert in International Trade from Sevilla.

After losing her job at age 43, she enrolled at the University of Sevilla, where she got a Degree in Tourism and two Master's degrees. In 2016 she did her final degree project on the Rehabilitation of the Pozo Amargo Spa, which is closed and in ruins for over 80 years.

Pozo Amargo is a small town in the province of Cádiz, which in the late 19th and early 20th centuries was known for its prestigious thermal water spa.

Recovering this spa would be beneficial for the health of older people, and at the same time, it would help to reactivate the economy and repopulate the area.

Recently, the University of Huelva carried out a study of the waters of Pozo Amargo, concluding that they preserve all their benefits and properties from more than 100 years ago. It’s an inexhaustible source of mineral-medicinal water. 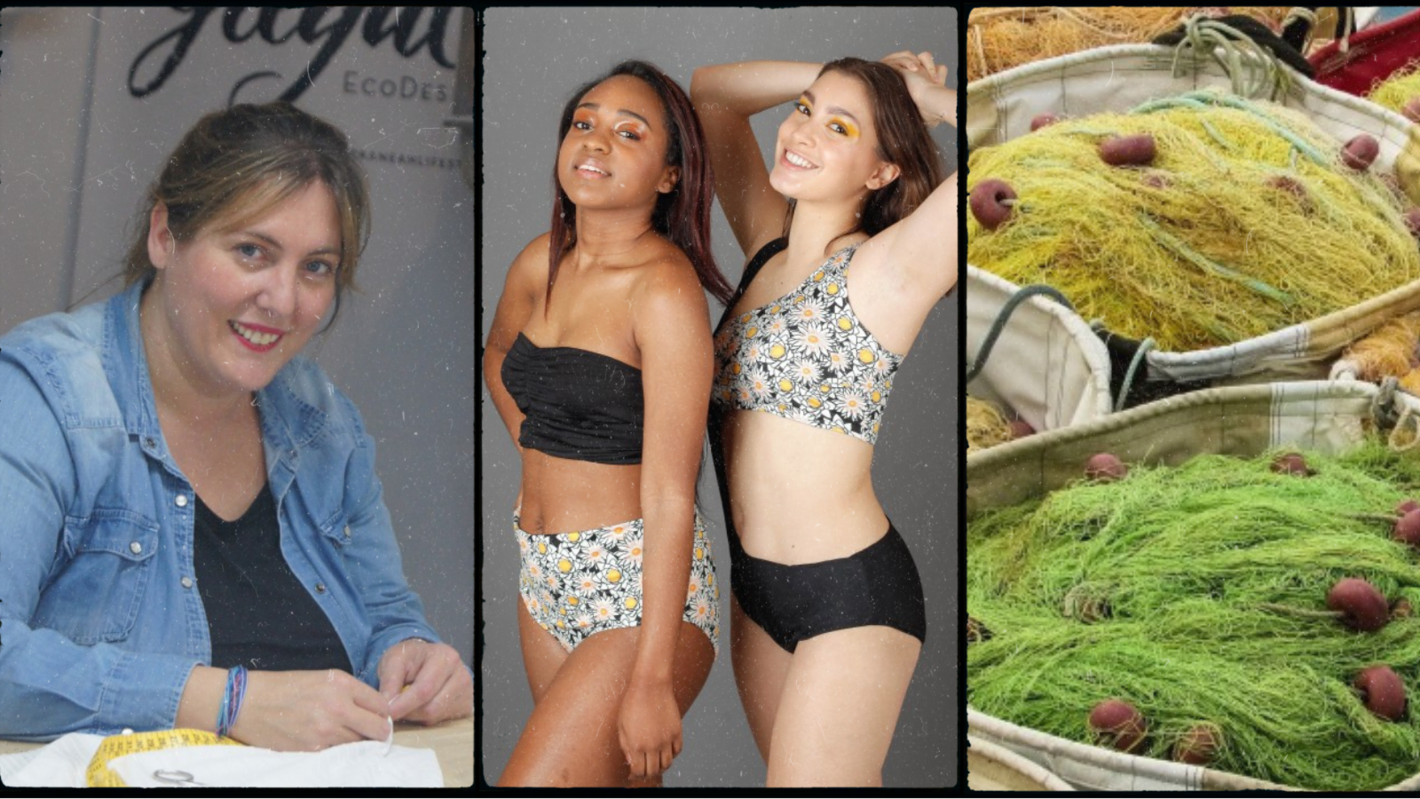 Project: Swimwear made with plastics collected from the sea

Graduated in Journalism, Naiara is an entrepreneur from Valencia who has created a sustainable fashion brand. She makes tailored swimsuits with fabric made of nets and plastics extracted from the seabed.

Naiara wants to raise awareness of the problems that exist with the excessive use of plastics and abandoned nets at the bottom of the sea. She is collaborating with a local NGO to recover the seabed and its fauna and flora. With this project, she also intends to recover artisanal sewing techniques and local fabrics of the Mediterranean basin, promoting employment and the economy in rural areas. 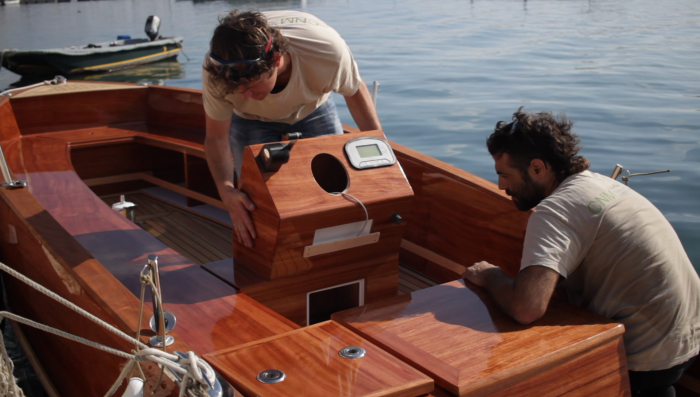 Project: Navigate in green for a blue future

Marc is Mestre d’aixa, a traditional ship’s carpenter from Mallorca, and 'e-boats' founder. Together with his two partners Juan and Luis, they build boats with sustainable materials, mainly wood.

Then the boats are equipped with electric motors, and rented for navigation that respects wildlife and the environment. They believe that it is possible to enjoy the sea without disturbing other people or polluting the natural environment. Want to help them? 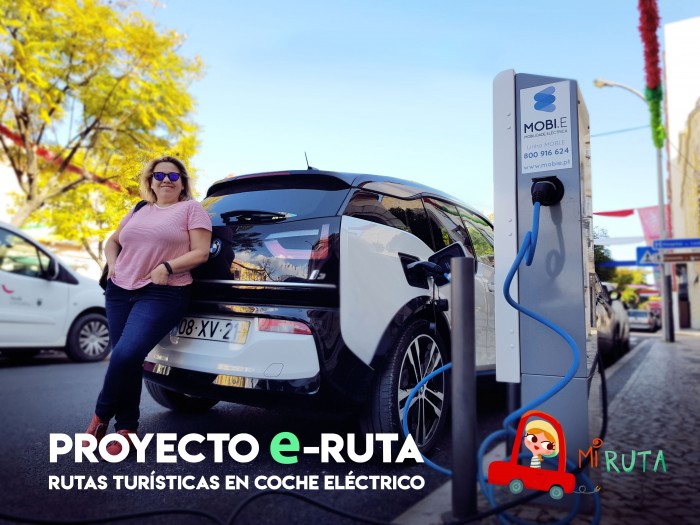 Project: Eco-route by electric car along the Mediterranean coast

She proposes a zero-emissions route to enhance the visibility of blue economy tourism projects around the Mediterranean coast. Mar is an expert in sustainable tourism, and she has previously carried out ‘eco-routes’ in other areas of Spain.

Her goal is to promote electric mobility among travellers as well as sustainable and responsible tourism. And she is doing it great, since her routes are attracting many followers!

During her travels, she collaborates with sustainable initiatives and businesses in the area. Do you want to join this adventure?