Civic crowdfunding as a tool for citizen participation 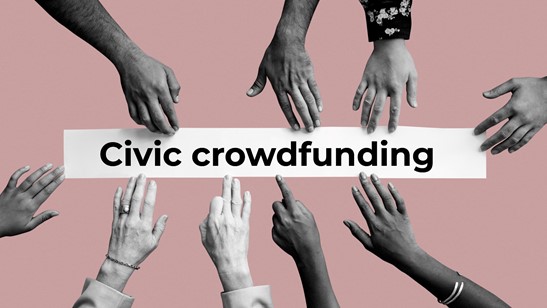 Local governments are increasingly relying on residents’ knowledge to address major societal issues. Citizens have more than just a voice during elections; they also have knowledge and capacities that may be leveraged to provide input regularly.

With the support of the Blue Crowdfunding Med project, the governments of Campania and Marche Regions in Italy, and Central Macedonia, experimented with the implementation of civic crowdfunding pilot projects in the blue sectors, which are essential for the environmental transition.

In a short definition, civic crowdfunding is about raising funds for projects in the public domain or with a common social goal.

The term ‘civic crowdfunding’ refers to a subcategory of crowdfunding through which citizens, often in collaboration with the government, propose, fund and deliver projects that aim to provide a community service or deliver public value.

The results of these civic pilot projects, together with the lessons learnt, opportunities and threats identified by the promoters are available in the Civic Blue Crowdfunding experiment and in the Lessons Learnt and Replicability Guide reports.

The ‘Mare Circolare’ initiative by the Marche Region was a huge success, reaching its target of 40,000€ in 60 days. The campaign was supported by more than 90 donors, thanks to a great communications strategy combining digital efforts and physical events with citizen participation.

The engagement of ‘big donors’ and the ability to involve sectoral stakeholders with the required financial resources, made it possible to achieve the campaign’s target. The following actions were particularly significant in this regard:

Thanks to the match-funding effort, the ‘Pelikan’ waste boat is now touring the Marche Regions’ coastline, cleaning plastic and debris from its seas.

“Crowdfunding has proved to be a key funding tool for startups or companies dedicated to producing products sustainable and eco-friendly or to finance clean-up campaigns as we did in Marche. After the pilot project’s success, we’ll continue experimenting and making the most of these alternative forms of financing that also allow more active citizenship participation,” regional authorities said. 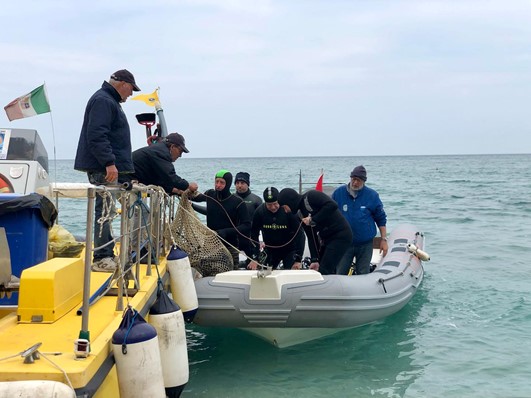 Citizens are the agents of change.

In the Campania Region, the local government supported four pilot actions in the blue economy sector with a high social impact on the community.

The Blue Bus campaign was the most successful, overachieving its target and raising more than €15,000. The campaign was carried out by the social cooperative ParteNeapolis. Thanks to raised funds, they could finance the use of a small bus for the disabled children of the Òikos Centre in Torre del Greco. Currently, they are organising activities across the regions to raise awareness of ocean pollution, like cleaning up beaches and workshops to recycle the collected plastic waste.

This experience will allow participants to gain new competencies and abilities to increase their autonomy and have more job opportunities.

“The excellent promotion of the initiative through testimonials, dissemination events and social media channels led to the achievement of the funding target set, pushed the citizens themselves to be protagonists of a change and a renewed interest in the protection of local coastal areas,” said campaign promoters.

The experimentation with civic crowdfunding is very positive for regional authorities in Campania, as it is proving to be efficient not only in addressing societal problems, but also in the region's economic development, through the implementation of sustainable practices such as recycling materials collected from beaches and sea waters.

The local government of the Central Macedonia Region supported the launch of two crowdfunding campaigns. One of them for the protection of wildlife animals, and the second to restore the natural area of the Galliko Delta Eco-path.

The first campaign, promoted by Action for Wildlife, raised more than €11.000 with 95 donors. This well-known organisation's broad reach and reliability, which hosts and treats wild animals and especially birds all over North Greece, were key to the campaign’s success.

The results can be considered more than positive as “people in Greece are not very familiar with the use of crowdfunding platforms”.

This was a threat that campaign promoters, who recommend organising physical events with traditional forms of donation for the people less familiar with online platforms and creating a help desk.

The increasing interest of the citizenship in environmental issues, and the need for more natural activities close to cities, are seen as an opportunity for the regional government to continue with the match funding experimentation.

All these actions represent a new model of community involvement. Civic crowdfunding can revolutionize the interaction between governments and citizens and create public value, as it provides communities with an alternative way to fund social projects that are normally financed by the government.

Blue Crowdfunding Med project supports regional governments in the Mediterranean with the ambition to trigger the change from using public funds for innovation to using crowdfunding and crowdsourcing to fund, test and validate innovative blue economy products and services.